Dr WHODAT takin y’all on a beat journey. Been a while since we heard some beats from Jneiriereoo. You can do everything you want to it, just dont sell it without Jneiro’s permission. Only available for a few days.

With each generation a new style of music emerges. While the new generation celebrates its divergence from the generation before in the shaping of its own musical identity, the older generation tends to discredit the ability of the new sound to qualify as real music. Jesse Boykins III has found a way to reconcile these differences. His music possesses a jazzy and soulful sound reminiscent of early R&B acts, but his production and writing are undeniably relevant today. Jesse was born in Chicago, moved to Jamaica at the age of 5 and four years later would spend the rest of his youth growing up in Miami. From moving around he developed a rich musical palate for Motown Classics, R&B, reggae, hip-hop and salsa. His influences include Stevie Wonder, Marvin Gaye, Donny Hathaway, Jimmy Cliff, Bob Marley, Sizzla, Bilal, DAngelo, and Musiq Soulchild. In addition to mainstream music, Jesse had reinforcement at home where most of his relatives were singers or musicians and helped develop his own musical talent. Jesse’s calling for his own career came when he joined the school choir at the age of 9. He routinely began auditioning for every singing opportunity that crossed his path and soon found himself recording with many local Miami artists. In high school he was invited to perform in The Grammy Jazz Ensemble and take part in recording an entire album. His performance with The Grammy Jazz Ensemble led to recruitment at the New School University in New York City. At the New School Jesse honed his skills as a vocalist, performer, writer, arranger, and producer, studying with classical trainer Kamal Scott and Universal Music recording artist, Bilal. Although Jesse is only 22 years old, he has been singing, writing and recording for more than half of his life. His voice spans a 5-octave range and his sound draws upon his eclectic taste, creating a style that is not bound by generations or time. Go to the Jesse Boykins Myspace to get his album “Dopamine: My life on my back”.

Not available for download, cause he needs the support.

VIMBY decides to drop by the Pac Div house and catch up with Like, Mibbs, BeYoung, Swiff D, and Sean G.

Redplanet finally got Blu & Ta’Raach to perform in Bitterzoet Amsterdam. FullCrate & FS Green from the Mixing Monthly project will also be spinnin that evening next to The Superblenders & Civil. All Dutch residents make sure you don’t miss this one.

The brand new video from Jose James, shot by Josh Rothstein.
The 12″ of Jose James’ Park Bench People is backed with Jose’s collabo with Flying Lotus “Visions on Violet”. The 12″ will be released on the 2nd of June and is available from http://www.recordstore.co.uk/brownswo…“Park Bench People” is a cover of a lesser known hip hop classic, dating from 1993 by Freestyle Fellowship

Class is in Session: The Kidz in the Hall – The In Crowd

The kidz in the hall consist off two members naledge and double 0 , Naledge the mc hailing out off chi-town went to a ivy league university and double 0 participated in the 2004 olympics they dropped their first album on rawkus in 2006 wich was recieved lukewarm at best since rawkus dropped the ball on promoting the ”school is my hustle project”.  Their first album was put together in a short month and was supposed to create some buzz for naledge his solo album that wouldve featured production from just blaze and others.but since they left rawkus for more greener pastures the kidz in the hall signed a deal with Duck Down records owned by Dru Ha and black moons own Buckshot. with a single smashing the internet and even getting on mtv trl. The kidz in the hall are finally getting their propper due this 2nd time around here are some expercts from the album.

The Kidz in the Hall – Paper Trail Feat. Phonte

The Kidz in the Hall – Middle of the Map Part 1 Prod. Black Milk

The Kidz in the Hall – The Pledge

The Kidz in the Hall – Lucifer’s Joyride 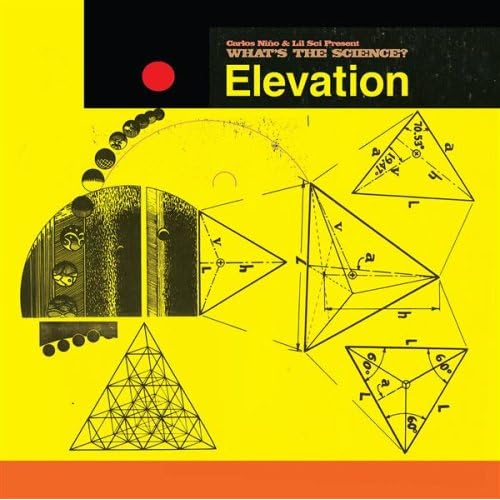 Carlos Nino & Lil Sci Present What’s the Science? Is the question we direct to all those that dwell on the Planet Earth! From the Mother Continent of Africa, to the hills of Europe, on over to the wilderness of North America, all the way back to the Coast of Asia, living under the umbrella of Hip-Hop Culture. We ask you all, What’s the Science? We are living in a time where Hip-Hop Culture is one of the most powerful forces that exists around us that helps unite people of all races, colors, creeds, religions and schools of thought under one flag. It’s time to give proper thanks and praise and reverence to the ERA that raised us and guided this same MOOVMNT, that still exists today, on the next level. We stand here before you as Students of the same conscious MOOVMNT that birthed the likes of AFRIKA BAMBATAA, KRS ONE, RAKIM, PUBLIC ENEMY, BRAND NUBIAN, X-CLAN, POOR RIGHTEOUS TEACHERS, KMD, THE NATIVE TONGUE and countless others that brought forth an entire essence that took the world by storm and made it cool to be intelligent. What’s the Science? How long will it take us to stand up strong again to make sure that the youth have some substance to feed off in order to grow into powerful, resourceful and responsible adults able to make positive changes to the world in which we live. What’s The Science?

Love this verse… Thanks to J.Robinson. What’s the science?? in stores MAY 20th..

OlivierDaySoul’s full-length offering, Kilowatt reveals further idiosyncratic charms, combining a hefty, satisfying production aesthetic akin to Dabrye or Flying Lotus, with some seriously eccentric vocal performances along the way. Clearly Prince is a key influence here, but equally you could align OlivierDaySoul’s wackier moments with the freak-soul experiments of Gnarls Barkley and Outkast. It’s that rugged approach to the beats that’ll hold your interest though: from the slick West Coast swing of ‘Soul4U’ to the pummeling bottom end of ‘Spaceship’ there’s always enough going on to balance out whatever silliness might be going on elsewhere. The bludgeoning drum patterns of ‘Bump It’ are softened up a little by its comical vocal harmonizing, which seems to facilitate a bare minimum of effects to span more octaves than could reasonably be expected. While that production still maintains a certain heaviness, tracks like ‘Fantasies’ might be accused of swerving too far into novelty funk schlock, but if you’re willing to suspend a certain amount of cynicism there’s much to enjoy here. Get the album on www.boomkat.com .

OlivierDaysoul – Finally (Not on Album)