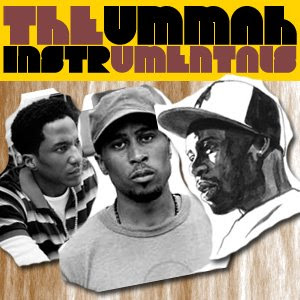 The Ummah was a music production collective, composed of members Q-Tip and Ali Shaheed Muhammad of A Tribe Called Quest, and the late Jay Dee. Occasional members included Raphael Saadiq, and D’Angelo. In addition to producing the entirety of A Tribe Called Quest’s fourth and fifth albums, The Ummah provided backing tracks for a notable array of hip hop and R&B artists, including Busta Rhymes, Whitney Houston, Keith Murray, Brand New Heavies, Janet Jackson, and Jon B. The group was so named because two of its members (Tip and Ali) are devout Muslims. The word “ummah” is Arabic for “community” or “brotherhood”. Thanks to The Backpack Enthousiast.