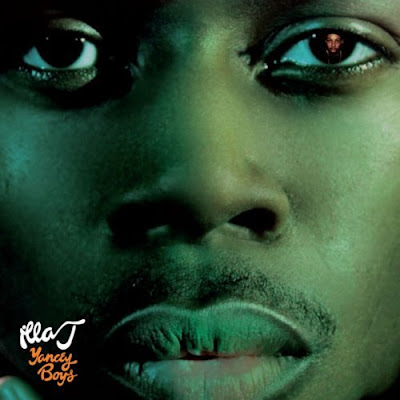 John “Illa J” Yancey, younger brother of late great genius producer James Yancey (AKA Jay Dee AKA J Dilla), is currently completing his debut album for Delicious Vinyl. With the multi-talented Illa J rhyming and singing over a treasure trove of previously untouched Jay Dee gems, the project represents both a full-circle collaboration and a whole new beginning in the story of the musically exceptional Yancey brothers.

When Jay Dee passed away from complications relating to lupus in February 2006, he left behind an extraordinary legacy of production work, including hits for Common, Janet Jackson, and Busta Rhymes. One mother lode of previously untouched beats dates from his time working on the Pharcyde’s sophomore LP, Labcabincalifornia (Delicious Vinyl, 1995). As Delicious Vinyl owner and founder Michael “Mike Floss” Ross explains: “From ‘95 through ‘98 Jay Dee was my go-to guy for hot beats and remixes. He was always making beats, always. So there was a select amount of tracks that he composed for me during that time, only they never got used. When I finally met Illa J last year, I gave him a CD containing those unreleased beats.”

It was a case of pure serendipity, since 21 year old Illa J had just relocated to Los Angeles and constructed a studio built around Jay Dee’s own recording equipment, dubbing it Yancey Boys Studios in tribute to their fraternal bond. “Dilla was twelve years older than me,” Illa J says. “So back in the day in Detroit I was just a little kid, sitting on the stairs in our house, watching him make those first beats for Slum Village. So I always felt my brother’s tracks and had an instinct for what I wanted to do over them.

When Illa J set to work in early ‘08 on recording the album, the project flowed quickly as he entered the proverbial can’t-miss zone. As Illa J says: “One of the things I learned from my brother is that you don’t get that much time, so make the most of it. That’s why I’ve decided to dedicate my life to doing what I love: music. To work with Mike Floss and Delicious Vinyl, the label that released those hits my brother made with The Pharcyde [“Runnin'” and “Drop”] is really special.” Rensoul.