What is it about Canada? For some strange reason a lot of the new talents have been coming out of Toronto, Montreal or Vancouver lately. Perhaps it’s simply Canada’s time to shine?!

One of these up-and-coming young artists is a JAHKOY. This artist slash songwriter, hailing from Toronto, has been making quite some noise lately…the good kind. Quite recently he visited Jazzy Jeff’s studio and already he has producers like M-Phazes, Kaytranada, Galimatias, Moods, Pomo, Chloe Martini and DrewsThatDude producing tracks for him. JAHKOY is on some proper next level ‘Future’ R&B type of vibe and my personal favorite is the track “Trading Places” produced by Galimatias.

You can also find “Heart Smile” produced by Pomo on the “Sound of The Tribe” compilation released by The Good Vibe. Oh in case you were wondering, “Forward Thinking” (which contains all these tracks) is available for free download right here!

Candid Music Group (founded by Brooklyn natives JNTHNSTEIN & Ivan Jackson) released their very first compilation ever a week and a half ago.

The duo operates out of a studio in Willamsburg, Brooklyn where they gathered quite some interesting artists like Penthouse Penthouse, BrassTracks, Mr. Carmack, S’natra, Alexander Lewis and of course Candid Music Group founders JNTHNSTEIN and Ivan Jackson themselves. The eleven track “Fam Volume One” release is a compilation of tracks from their extremely talented extended musical family. And hopefully the first of many more to come.

It is available for free download and we suggest you show it the love and appreciation it deserves! 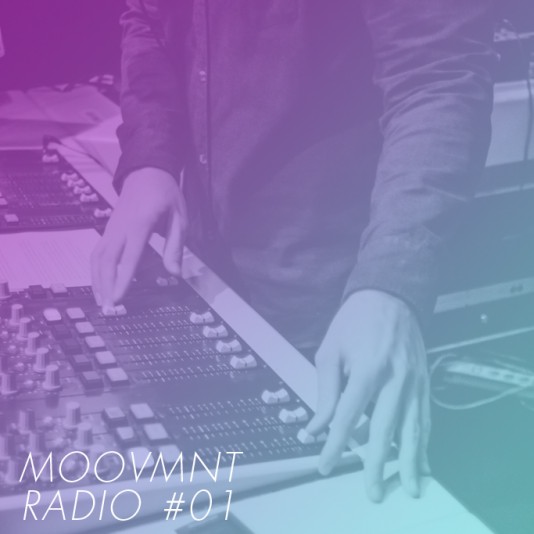 Every last Saturday of the month Moovmnt Radio will be transmitting live from the Studio 80 Radio in Amsterdam. Expect lots of guests, laughs and nothing but the best in contemporary heartfelt music.

We thought we’d start with a clean slate…hence show #01. Give us a few more shows to really get back into the flow. We missed a queque here, talked too much there, but we are loving every minute of it. It was so much fun and we can’t wait until the next show. Kick back and enjoy two hours of that good stuff.

The enchanting Sojuju takes charge in the second half of the first hour, while our big homey from INFINIT is responsible for the complete second hour of Moovmnt Radio. Listen the whole show here!

Moovmnt Radio 01 by Moovmnt on Mixcloud

Three weeks have passed since the inception of Werk Space. A monthly Dutch producer series that takes place at the Red Bull Studios Amsterdam. Here’s how it works.
Each month we invite a producer from the Netherlands to showcase his artistry and challenge him to work in an amazingly fruitful environment.

Nineteen-year-old Singularis delivers the first blow with some help of fellow producer Sndwvs. After two days of pure creativity, and some laughs, they left the studio having devised a laid back Hiphop beat entitled “Ride”.
We joyfully premiere the very first piece of music spawned from this series. We’ll merge all three tracks into one EP and release it as a free download early April. Best believe this is only the first of many music findings. You will come to know, love and respect the many talented producers our little country has to offer.

Big shout out to the wonderful Serena Indigo for creating the artwork for Werk Space.

Surely one of the our personal favorites out of the Soulection camp, is young Chris McClenney from Maryland.

Mark Morrison couldn’t even predict the return of this muti-instrumentalist Mack, but damn it’s good to hear White Label 14 pumping through the speakers. Lately Chris McClenney has been on a roll with his production and singing. Paying homage to the legendary D’Angelo and perhaps friendly winking to Jordan Rakei, this release is SOUL to the fullest.

And just you thought a free download of this white label release was about as good as it can get…you get slapped in the face with his amazingly dope remix of “Distant Love” by Abhi/Dijon!

Kadhja Bonet Has Those Latenight Munchies

Kadhja Bonet (Kad-yah Bo-nay) from Los Angeles is one of our favorite recently discovered singer-songwriter figures. Her debut single “Tears For Lamont” starts off with powerful orchestration (strings, horns and some flute) and almost sounds like something out of a James Bond movie. Her angelic voice and songwriting skills are simply unreal.

In October 2014 Kadhja was a participant at the Red Bull Music Academy in Tokyo. All of their hard work in the studio was captured and is now available for free download on the Various Assets compilation. Together with German producer rj and Mark Maxwell (aka Estii / Yale) from Australia, Kadhja made a heart-stopping song called “Latenight Munchies”.

Since we were dying to know more about Kadhja Bonet, we figured we’d ask her some questions in an effort to get to know her a little better. Please enjoy this interview and find out more about Kadhja for yourself.

END_OF_DOCUMENT_TOKEN_TO_BE_REPLACED

A few weeks ago we kicked off our monthly Dutch producer series called ‘Werk Space’. First up to bat was the young homey Singularis, who brought along his buddy Sndwvs and created some fresh new sounds at the Red Bull Studios Amsterdam.

My good friend Joao Costa from SAE, and his charming assistant Thamar, paid a visit and captured some magic moments on camera. It took a while to edit, but finally here’s episode 1 of many more to come. Next batter up is Moods from Rotterdam and we have a little surprise for you in store. We invited a talented young vocalist to record with Moods, but more about that next time.

In the meanwhile enjoy and look out for the track “Ride” to come out next week!

Wingman Migamo aka Mike Gao has been crushing it lately! Not only when it comes to Asian cuties, but also with highly original sounds and patterns.

First two seconds I met Migamo, I knew he was a total geek. But then again who in music isn’t? His “Migamo” album on Daddy Kev’s Alpha Pup label contains some highly experimental, yet mind-bending beats. You will also find some interesting guest appearances from Mr. Carmack, Elaquent, Teklun, eLan, Go Yamma and Allie Moves.

Last Friday XLR8R premiered “Just Do You” and we are pleased to exclusively treat you to “Yo Bae“. Yessir, free download and all!

Now normally I’m not that big on Snakehips, but the first few second into their new track “Gone” with Syd the Kyd and I was hooked!

You all know Syd from the magnificent music she makes with her band The Internet from Los Angeles, but lately she has been collaborating with up and coming electronic producers such as Snakehips and Kaytranada. She sings about begin ruffied and women that go up and down the strip pole. She’s definitely in another zone this girl!

Unfortunately no info on where to purchase this joint yet, but rest assure we will keep you informed once we know more. In the meanwhile put this on repeat, seriously.

Usually an intermission is a recess between parts of a performance, but in Beldina‘s case the “Intermission” EP is a break into her next chapter.

The foxy fly singer from Stockholm, now residing in Los Angeles, may look like a vixen but she sings like an angel. Yesterday she celebrated the release of her EP on Kiss Kiss Records. This beautiful creature called in the help of Bay Area/LA funkster B. Bravo and asked him to concoct a breezy tropical remix for her track called “Ocean“. We are very happy to announce it’s available for free download and Beldina’s EP is now available on iTunes.