Leoni Leoni “Alone With Everybody”

It is said that sometimes the tiniest song can have a big impact. Leoni Leoni‘s “Alone With Everybody” is one of those songs and was uploaded to her Soundcloud page yesterday. I thought it was way too wonderful not to share with you all.

Just a two minute jazzy interlude displaying an incredible amount of skills from this vocalist out of Bern, Switzerland. Not a lot can be found on the worldwide web, but for the record our interest has been sparked! Sonja Ott plays the trumpet while the lyrics are by Charles Bukowsk.

You should check out Leoni Leoni’s Soundcloud page and hear her sing in Swiss as well.

As you might know already, Moglebaum is a band consisting of five musicians out of Germany. It all started with the creative enthusiasm of producer and Jazz pianist Simon Ebener-Holscher, but it was not for long that the remaining four members found their way to the group.

In case you haven’t heard about these guys, take a listen to their “Ozean” EP. This Summer the band performed at the Meadows In The Mountains festival, which took place in the Rhodopes Mountains in Bulgaria. Their latest song “You & Me” (Live In The Shop) is a part of the Gallivant Session. True to it’s name, Moglebaum filmed this new video live in a little village shop in Polkovnik Serafimovo, Bulgaria.

Big up to Cosmonostro for hooking up the premiere for this track. Make sure you peep the video and grab the song while you’re at it.

Penthouse Penthouse first caught our attention with songs such as “Private Jet”. It didn’t take long before we got hooked on Mike Parvizi & Preston James from Los Angeles who also rep TeamSupreme. In case you haven’t listened to their “From the Besides” EP, we suggest you go ahead and do so.

Their soulful vibes are butter funk flavored, yet sound crisp and fresh as ever. On their latest “Grooves Vol. 1” freebie album they get some assistance from JNTHN STEIN and Djemba Djemba. There’s some ballads, love songs, club bangers, edits on here, so something for everybody. This pack of beats is available for free download and released as a token of Penthouse Penthouse’s gratitude.

Obenewa “Save Me” (prod. Machinedrum)

When we think about Machinedrum, we think about the person responsible for Jesse Boykins III’s ultra soulful yet electronic productions. Though over the past few years his solo project have been a lot more electronic and experimental if you will.

Taking a break from his usual Footwork, he recently produced this amazing new futuristic R&B track for Obenewa titled “Save Me“. The young British vocalist stunned us earlier this year with her breathtaking “He” that came out on Wunderkind. It became clear right away that Obenewa is not only one to watch, but one to listen to. With Machinedrum taking a liking, we are sure more producers like him are soon to follow.

Reginald Omas Mamode IV “Can You Dig It”

As always South London is making steady ruckus once again. Think Henry Wu, Al Dobson Jr, Tenderlonious and Reginald Omas Mamode IV…or better yet think 22a. More importantly that ruckus comes in the form of soul-drenched exciting music that your body has been craving for.

Next month Reginald Omas Mamode IV returns with his 7-track “We Are The Universe” EP, that’s going to come out November 20th on Five Easy Pieces. The first single of the release is “Can You Dig It” and was premiered via Boiler Room. Reginald Omas Mamode IV’s shit is funky af and thanks to the warm analog sound and use of percussion the rhythm sounds almost hypnotic. ‘Let those drums bang out’ indeed! 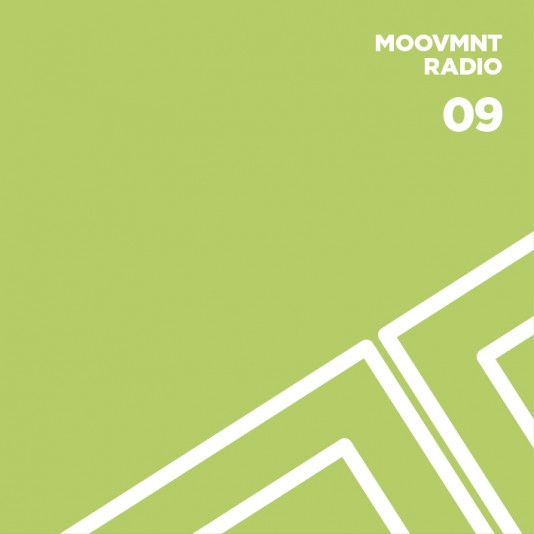 A little late, but still on within the realms of reason we bring you Moovmnt Radio Show #09.

Unfortunately Studio 80 Radio is having problems and they are unable to tell us how long this is going to take. We went out of our way to record the show for you, but not commentary again. Perhaps we should move to another station…got any ideas?

As usual the first half hour consists of Soul & Jazz goodies, but it doesn’t take long for us to get into some spanking new music. Any form of support is highly appreciated. Don’t be scared to repost, like or comment!

Moovmnt Radio 09 by Moovmnt on Mixcloud

END_OF_DOCUMENT_TOKEN_TO_BE_REPLACED

Lizzie Nightingale‘s forthcoming “Dime” EP is a joined release with Rotterdam’s finest Moods. Songwriter and vocalist Nightingale plays his faithful sidekick on lyric and melody duty and the pair flow together quite well we might add.

The two discovered a mutual admiration for each other via Soundcloud and after hearing Moods’ “Love Is Real” on Majestic Casual, Lizzie Nightingale reached out as a fan and the rest history. For the past year they have been crafting soundscapes that have shaped into their own soulful take on alternative contemporary R&B.

As for Moods & Lizzie Nightingale’s Dime EP, it’s a sonic match made in heaven and we are happy to premiere their first single titled “Let It Go” on the site. Moods uplifting yet ethereal beats complement Nightingale’s mellow, soulful tones. We can only tell you to listen for yourself and let the music do the talking. This dynamic duo is definitely worth the ear time and first few downloads are free. Hurry up and get some of this yummy and pre-order if you like what you hear!

What more can a person ask for than a new release from Nick Wisdom? His free downloadable “Remixes, Originals & Rarities” is a great way to start your weekend and get your groove on.

Six bangin’ edits / remixes is just what the doctor ordered and yes ‘Nicky Smalls is the illest’ (producer coming out of Canada). His Potatohead People project with AstroLogical was such a great release back in March. In case you haven’t heard it, go take a listen to their Big Luxury album and while you’re at it snatch a free download of Nick Wisdoms’ Remixes, Originals & Rarities EP.

Happy weekend, enjoy the music and be nice to your ears!

The Xtraordinairs “No Pressure” Ft. Reggie B

Some months ago my brotha from Laruche Records put me onto The Xtraordinairs. This funky duo out of Kansas City consists of Leonard Dstroy and Dominique Sanders.

Their forthcoming project titled “X-Life” hits very close to home, since it’s more than a batch of beats. These fellas have worked long and hard on one of the most surprising and musical albums I have heard this year. Single no. 1 is the track “No Pressure” featuring funk phenomenon Reggie B. I remember one of my first posts about Reggie at the beginning of 2009 and more than six year later hear we are again.

Can’t describe how good the new album from The Xtraordinairs is gonna be, but you’ll find out October 13th.