Oskaar is an electronic soul producer/singer living in Berlin, who recently released his new single “Never Met You“. In his own words Oskaar says: “the song is about pure resignation – feeling so hurt and devastated by a break up that all the negativity outweighs all the good things the two of you’ve shared in the past, and you truly feel that you wish you’ve never met this person. And feeling this, in turn, makes you feel even more sad.”

The song was turned into an elegant, mesmeric video through a collaborative effort featuring photographer/creative director Daniel Bolliger and performance artist/model FavelaPunk. The result is a stark, arrestingly minimal meditation on the bondage of shattered affection – call it a simple vessel embodying the knotted complexity of the human love condition. In other words you need to watch this video.

To top it all off Mouthwatering Records called in the help of Soulection’s starRo to deliver an amazing remix and the moment we heard it we were excited to premiere it exclusively via Soundcloud. And great news! It’s available for free download for a limited time, so make sure you spread the news and grab this freebie.

This summer LA-based singer/songwriter Miki Rose and Brighton-based producer El Train got together to work on their five track “Over & Over” EP.

They first collaborated on the track “Control” back in January and when Miki was visiting the UK in May, the two decided to get in the studio to record some music. They managed to flesh out 4 or 5 demos in one day and after a couple of months sending files back and forth they finally managed to settle on five tracks that would form the basis of their new EP.

Jamz Supernova premiered “One Step Closer” on BBC 1Xtra last month and we are very happy to bring you the title track “Over & Over”. The full EP will be available September 18th via Shimmy Records, so keep it locked.

James Chatburn is an Australian soul singer, songwriter and producer who’s music we have played on our radio show before. He brings that Aussie soul mixed with electronic feels and can easily be added to the list of artists that have a similar sound to Electric Wire Hustle.

For his latest single “Creator“, Chatburn teams up with Jordan Rakei who co-produced the song with him. Written last year, this particular track was geared to be part of an EP. However it was decided that James Chatburn would release a series of singles instead, starting with “Holiday Love” (another collaboration with Jordan), followed by “We Drink” featuring Frank Nitt and produced with Dizz1.

James recently made the move from Sydney to Berlin to work on his craft, so we advise you to see if you can catch him play somewhere. His nu soul flavor is exactly the type of music we love to write about, so please enjoy this exclusive site premiere. Make sure you ‘name your price‘ and pay what you seem fit for this sultry summer track on Bandcamp.

Last month Roel ‘GOSTO‘ Vermeer visited the Red Bull Studios Amsterdam with his band to take part in our monthly Werk Space project. Enjoy this early demo version of the track “Time For Me” which will most likely be on GOSTO’s next album.

Shout out to the band consisting of Mats Voshol (drums), Bram Wassink (bass) and Luc Schouten (guitar). You know we are more than about beats only, so it’s a refreshing treat to hear such soulful electronic pop music. This one is already Joao’s all-time favorite! Having musicians in the studio is always a great experience and to see how these guys all work together is great. Thank you all for this wonderful piece of music and we can’t wait for GOSTO’s new album to come out. 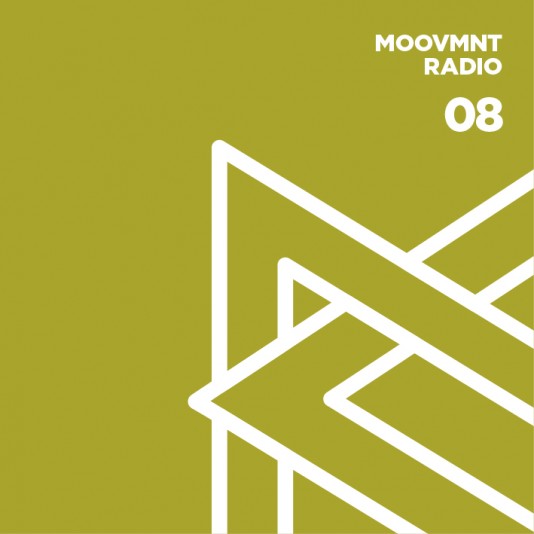 What a mess this month. For some reason our show was simply not recorded, so all those hours were waisted one might say.

Thankfully we always back our stuff up and with a little re-recording, we managed to get you the full two hours of music. Unfortunately you will not be able to enjoy our regular banter, but we promise to spoil you extra next time. Had a lot of fun putting this show together and it features music from the deepest parts of my soul.

The first 25 minutes contains some Soul & Jazz oldies straight from my personal record collection. Further more you will find something new, something old and even some exclusive unreleased gems in Moovmnt Radio show #8. Oh in case you hadn’t noticed yet, we only upload our shows to Mixcloud from now on.

Moovmnt Radio 08 (Mix Only) by Moovmnt on Mixcloud

Sixtus Preiss is a Viennese multi-instrumentalist and a bit of a mad scientist as well perhaps. Sixtus is a well-versed tinkerer who builds home-made amplifier boards and loves the complex wiring of his rigs. He also managed to grab our attention today.

He has a double-sided 7-inch coming out on Friday titled “Lololo“. Now the original version is pretty damn tight, but the band version that’s a whole different story. On it Sixtus Preiss holds it down on keys with Peter Rom on guitar, Manu Mayr on bass and Lukas Koenig on drums. Straight butterfunkalicious!

Look for this on Affine’s Bandcamp page and be sure to pre-order that 45 right about now.

Growing Pains is a compilation album presented to you by Ralph Hardy from the NANG collective out of London.

This is a nice way to highlight a lot of new talent in the UK. Those trying to survive and fighting to bring you their story. With artists such as Etta Bond, Emmavie, Melo-Zed, Barthoven and Thea Gajic we are sure you will enjoy this one. NANG has been making some noise for a couple of summers now and we dig the sound that they are putting out.

This one is titled “Growing Pains” because of their recently terminated Soundcloud account. Thankfully they are building again and we are following them from a distance. Grab a free download or pay whatever you feel is right on their Bandcamp page.

Our friends at Darker Than Wax have been steadily growing over the years and we would like to congratulate them on their “DTW 30K” compilation.

DTW has been building a strong and steady foundation with artists like NeguimBeats, Jasper Staal, Silo, Beats O Freen, Melo-Zed, fzpz, Kerem Akdag and 10.4 ROG on their roster. All these producers handed in a lil sumthin’ to celebrate the fact DTW has now over 30K followers on Soundcloud.

Soak up the free vibes and let the DTW crew take you on a musical journey. Good looking out on the free download and lets face it…who doesn’t love freebies?!

The Foreign Exchange “Tales From The Land Of Milk And Honey”

The Foreign Exchange, consisting of Nicolay and Phonte, has always sparked our curiosity. The duo’s extended family of collaborators has changed a little over the past decade, but on the new “Tales From The Land Of Milk And Honey” we hear a lot of Carmen Rodgers Zo! and Tamisha Waden.

A few months back Dutch producer Nicolay released City Lights Vol. 3: Soweto and now he gets ready for The Foreign Exchange’s fifth full-length album. You can hear that Tales From The Land Of Milk And Honey is all about fun and good music. It’s about dancing, smiling and takes you back to an array of many musical memories.

Although the album seems to flow naturally, we at Moovmnt do wonder about the balance between the new and the old on Tales From The Land Of Milk And Honey. At times we miss a little bit of innovative sounds and rhythms, but aren’t we always picky as hell?! Purchase your copy at the FE store or look for their new album on iTunes.

A few months ago we were asked to drop a guest mix for the Red Bull Studios Amsterdam, but honestly we did not have the time. One of my closest friends happens to be an expert in new electronic-based music, so I suggested Blue to create something special.

As I suspected the result is a 44-minute ride into music you didn’t know you wanted to hear. No big names, no major label stuff, just plain ol’ digging. Blue’s taste in music is impeccable and he has gained maximum respect in the Dutch electronic music scene. Those that matter know about Blue and respect his fresh selection and precise way of blending everything together.

Years ago he moved from Italy to Amsterdam to pursue his dreams in music. Blue’s a resident at both ‘Rock The Boat’ and ‘Voyage’ and I have yet to see a crowd stand still when he’s on the decks. On the low he has been working on his own productions, but in 2016 he might let some loose on the world. For now he is strictly about providing your ears with unheard treasure, so make sure you follow Blue on Soundcloud!