Roel ‘GOSTO‘ Vermeer is a singer, multi-instrumentalist, songwriter and producer from the city of Amsterdam. For the August edition of Werk Space he and his band visited the Red Bull Studios Amsterdam and recorded some wonderful new music. Enjoy a short recap of what went down that day and thanks to Joao Costa.

Look out for GOSTO’s new track on Soundcloud next week!

Tom Misch is a musician/producer we have been listening to for a while, but with the arrival of “Beat Tape” 2 we thought it was the right time to dedicate a blog post to the talented guitarist out of London, who is clearly heavily inspired by ATCQ and Jay Dee.

It runs in the fam, for his sister Carmody is a heck of a vocalist. Together they released “Wander With Me” last week and in the next two weeks we can expect to find two more new tracks on Tom Misch’s Soundcloud page. Tom’s third single titled “Wake Up This Day” features one of our favorite Aussies Jordan Rakei and was released via Soundcloud yesterday.

The full album will be out August 28th via Beyond The Groove and pre-orders are available on iTunes.

For his new album “City” (forthcoming on Naim Label) Stuart McCallum steps even further into the world of electronica, whilst still maintaining that magical combination of both acoustic and electronic instruments that gives his music such a distinctive sound.

The guitarist/composer from Manchester made the decision to bring in London-based drummer/producer, Richard Spaven, who he met during his time playing with Cinematic Orchestra. All tracks are co-written by Stuart McCallum and Richard Spaven apart from the title track City, which we so proudly premiere on Soundcloud today.

Spaven’s production style lies somewhere between the realms jazz and electronica and subtly bridges the gap between these two worlds using grooves that blend contemporary jazz and bass-heavy downtempo electronics. The melodies and layered harmonies from Stuart McCallum’s guitar, as well as synth pads and bass, are all driven by Spaven’s hypnotic grooves and provide the perfect foil for McCallum’s often delicate and captivating sound.

Stuart McCallum’s music has always thrived in that beautiful space where genres blur. With a wide range of influences from Machinedrum, Lau and Martin Simpson to Debussy, Taylor McFerrin and Burial, it’s not difficult to see how this has come about. August 28th marks City’s official release date and pre-orders are available via the Naim Label website.

We are blessed to have musical friends from all around the world. Ennio Styles from Melbourne is a truly dedicated radio and taste makers, who’s taste in music we been respecting for many years now.

After 14 years of Stylin’ on Melbourne’s 3RRR-FM, what do you do? You guessed it right, you celebrate 700 episodes by giving away the “Stylin’ 700” compilation, released via Heard and Felt, as a ‘name your price’ release. This project is possible thanks to the generosity of many incredible artists and labels.

Our favorite two tracks on Stylin’ 700 come from N’gaho Ta’quia aka Sauce81 and Queen Magic, but you will find loads more wonderful music from Pat Van Dyke, Malice & Mario Sweet, Dogg Master, MUNDU x R-kay, Valerie Troutt Jazzsoul Project and many many others.

Frisco Funkster Teeko recently created the track “Love Like This” together with Sonya Distel and fellow Mugpush member Devaun Bantu. Devaun is a student at Ex’pression College, which has several campuses throughout the Bay Area. It’s primarily an audio/recording college and this year they launched their new audio/video series ‘Artist In Residence’.

This particular song came from a live Mugpush jam session recording. The improvised vocal track passed to Teeko as he expressed that he had an idea for it. He then imported the vocals to his turntable, where he started to chop up all the vocal parts he liked from various sections of the jam. He then placed them and soon the song began to arrange itself. They later brought in the lush vocals of Sonya Distel to complement the sound and provide beautiful female representation.

The last step was to bring the track to Ex’pression College to utilize their facility and come together with the students to share the experience enjoyed by all. Watch the video below to get an idea of what went down.

Teeko is sharing Love Like This as a free download (and many other songs) at the newly launched Explore.fm. Appearing as the first free music ecosystem for verified artists. The music platform launched today and promises a pure online music experience, where everyone can listen to and download music for free.

In return listeners can show love and donate either to their favorite artist directly or subscribe. In the latter case you can choose how many artists your donation should be divided with. The top artists you listen to most will now get your support in the form of a contribution. The idea is to create a great community of like-mined creators, but we suggest you go grab yourselves a bunch of fresh new music and find out what Explore.fm is all about.

The time has come for Dornik, who happens to be Jessie Ware’s former drummer, to present his debut self-titled album to the entire world.

British music has never sounded as good as in these past few years and together with Australia/New Zealand this is the new music hotbed. Let’s get one thing straight by the way. Dornik is not a Michael Jackson wannabe! Yes, he is clearly inspired by MJ’s greatness, but which self respecting Soul & Funk lover isn’t?

The Croydon-born singer/songwriter/producer needed a little nudge from miss Ware, but when push came to shove it didn’t take very long for PMR Records to sign Dornik. Congratulations are in order. For today sees the official release of “Dornik“, the album you all have been secretly waiting for even if you didn’t know it. Check the man out on Soundcloud or visit his site to pick up a signed CD or 12″ vinyl album.

Once again it’s time to spoil you all with the outcome of our monthly Werk Space project recorded at the Red Bull Studios Amsterdam.

25-year-old Giorgio Oehlers knew exactly what he wanted to work on and record and brought Bennie Semil (drums) and Ben Stendam (bass) to work on an amazing song titled “Sunshine & Margaritas”. The vibe was wonderful and I’m proud of Giorgio! Together with Moods he has been representing both the Darker Than Wax family and the city of Rotterdam.

The song reminds me of Robert Glasper, Hiatus Kaiyote and so much more. It’s unlike anything I’ve heard made thus far during this monthly Dutch producer series. You only need one hit of this to get fully lit! As always we pamper you with a free download, so look for the ‘FREE DOWNLOAD’ button next to share button.

To my great pleasure I found an email in my inbox a few hours ago that made me curious at first and delighted a little later. Freddie Joachim decided to drop a seven track freebie EP entitled “Charcoal” via his own label Mellow Orange today (insert fist pump).

It is no secret that we have been a fan of this Californian producer for the longest. I personally got into him because of incredible cuts like “Sexual Chocolate” of Freddie Joachim’s “Tiger” EP from 2008. In the past years Freddie released “Midway“, followed by “Fiberglass Kisses“. A a free download like this is always hits the spot though! 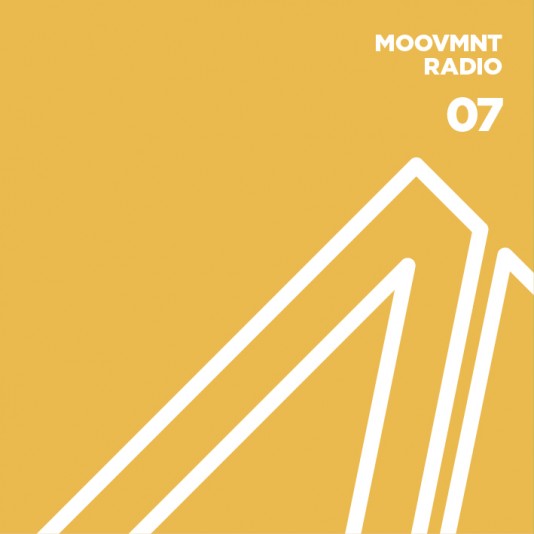 Last Thursday we recorded Moovmnt Radio show #7 at Studio 80 Radio in Amsterdam. Had to fly solo on this one, so you’ll get almost two hours of me talking to myself.

We experienced a few minor technical difficulties, so the show is a little under two hours. I had a few Roy Ayers jams lined up, but had to leave some out. Hours before the show we visited an inspiring lecture with the vibe legend, made possible by the Red Bull Music Academy.

Catch our show every last Saturday of the month know that any type of support is highly appreciated. Enjoy!

Moovmnt Radio 07 by Moovmnt on Mixcloud

Bemet “The Chase After Tomorrow”

Straight out of Tel Aviv, behold BEMET. The Israeli group used to consist of Hod Moshonov (keyboard, keytar, loops and vox) and Amir Bresler, but Amir left the group before the new album was recorded. Rejoicer (The Dove) and Free The Robots were just a few who accompanied Hod on his musical journey.

BEMET combines electronic music influenced by Afro, Rock, Space Jazz and Psychedelia with acoustic elements to create improvised music in real time. If you dig rhythms, melodies and harmonies with a slight sense of humor, you will love BEMET. Their first EP was released last year and in June 2015 the group released a new album titled “The Chase After Tomorrow“, which is mostly about love and embracing.

This came out via Time Grove Selections and is available for purchase on Bandcamp.