November last year I wrote a piece titled ‘A Rise To Power‘ explaining how artists these days form alliances.

We welcome a brand new collective that goes by the name of 1234 Creations. They are full of ambition and consist of a bunch of talented music makers such as Daniel D’Artiste, Jahkoy, Johnny Yukon and Crystal Mec. Why don’t you get acquainted and take a peek at the collective’s Soundcloud page?!

FYI 1234 Creations was formed in 2015 and has 17 members from across the globe. For the first four days of June Pigeons & Planes will be sharing their first four releases. On June 1st Jahkoy, Lean Ghost, and Mecca kicked things off and at this point most of the release is online. We picked “Round/Sleep” (free download) produced by Daniel D’artiste, Soft Glas & Kleber Jones and the organic version of “Nature” with vocals by Jahkoy, Mecca Kalani & Willow Smith (produced by The Johnny Frost Band).

Keep your ear out for this talented group of young music makers, they will grow and surprise you in the future!

Wayne Snow is a Nigerian born vocalist and songwriter who has returned with his sophomore “Rosie” EP on Tartelet Records. It comes as no surprise that one of our most beloved German producers, Max Graef is responsible for some of the tightest productions on Rosie.

Almost a year after having released his debut “Red Runner” EP, the falsetto fanatic returns to the Danish Tartelet imprint with a worthy follow-up. Wayne made his debut on Max Graef’s solo album and recently he was featured on Darius’ “Helios” EP. The title track Rosie is rough, rugged and raw yet soulful and warm at the same time. Another favorite is the track “Drunk” which was inspired by drunk-dialing and late night hook ups. Due to the label requesting us to take down the stream of Drunk, we now only stream the title track for your listening pleasure. We urge you to head over to the Oye Records shop and pick up the vinyl or visit iTunes to download some digital.

FilosofischeStilte aka Luuk Graham was given the nickname of the Philosopher by his mom and dad. Also being the quiet type, it didn’t take him long to find the perfect artist name. Seems like Luuk used to ask a lot of questions as a kid, so we thought we’d ask some of our own.

The 21-year-old producer, from the city behind the Dunes, returns with “Munch Palace“ Vol. 2. This second installment contains six hard hitting electronic tracks that can be quite extreme for some. The perfect balance between vibes and thumbs can be found on Sam A La Bamalot‘s remix of “Lost“. During the first minute you seem to gently ease into this soulful version, but it isn’t long until that haunting bass line catches up and smashes your eardrums to bits.

We’re pleased to exclusively premiere this track via Soundcloud and watch out for the new EP to come out this Monday. Shouts to Lowriders Recordings, who will be releasing this digitally and on vinyl as well.

END_OF_DOCUMENT_TOKEN_TO_BE_REPLACED

It’s a “Special Affair” for The Internet

One of our favorite bands from Los Angeles, California is back with another hot one titled “Special Affair“! Consisting of Syd The Kyd, Matt Martians, Patrick Paige, Christopher Allan Smith, Jameel Bruner, and Steve Lacy, The Internet seems to be back in full effect.

They might be one of the most promising bands in the Future Soul genre and it’s clear we need more Syd in our lives and not merely during a special affair. With lyrics like ‘I can read your mind even from behind’ she lets it be known she’s got some serious playette moves.

We think it’s about time for a full-length album, so lets hope Odd Future Records has one slated for later this year. Fingers crossed, but till then bounce to this!

Extremely happy Kartell‘s new “Tender Games” EP has been unleashed onto the world.

The Tender Games project from the Parisian producer consists of six tracks and shows his long lasting love for Chill wave, R&B and House music. Both songs with San Jose’s vocalist J-Rican are smooth as butta, but our song of choice has to be “Falling” featuring Tom Bailey. Clearly the a-side is made Tender Games in the bedroom (love making), while the b-side focuses more on getting that ass on the dance floor.

Tender Games will make a perfect soundtrack to your summer out as of today via Roche Musique. Visit the iTunes shop, spend a few bucks and thanks us later! 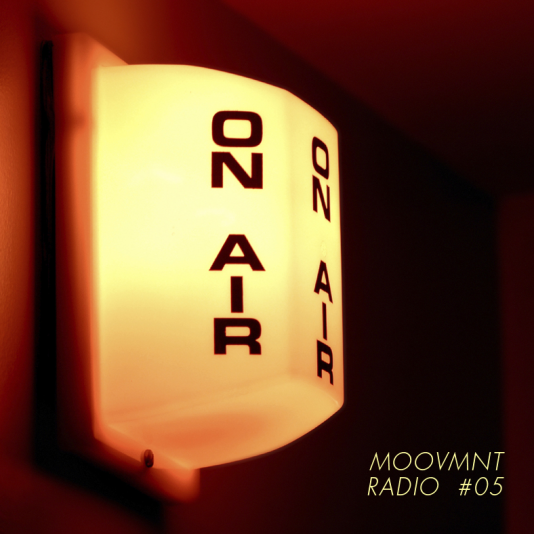 Welcome to Moovmnt Radio show #5 everyone! Again we had lots of fun recording this show at Studio 80 Radio in Amsterdam. We started the show off with some vinyl records and eased into some Future R&B and Beats as the show progressed. There’s a little bit of everything for everyone, so we’re pretty sure you will all love two hours of the best in contemporary soulfelt music.

We hope you’ll have as much fun listening to this as we had recording it. See you guys June 27th between 5 and 7pm (GMT+1) and every bit of support is highly appreciated.

Moovmnt Radio 05 by Moovmnt on Mixcloud

Young Abraham Blue from Antwerp, has been on our radar for quite some time and it is no secret we are supporters of this young Belgian vocalist.

Together with British producer PYRMDPLAZA out of the Soulection camp, soon to be label-mate Ibrahim jumped into the Red Bull Studios London. The two chilled out, got into the right mindset and ended up creating the stunning track titled “Whatever You Want“. All that missing is a free download, but for now you’ll have to do with a Soundcloud stream I’m afraid.

Believe it or not Gravez actually has been kind enough to do the artwork for PYRMDPLAZA’s previous releases, including this one.

I remember in 2009 at the Beat Battle at the Rooms of Red Bull, Wantigga and the Bordeaux Bros. represented Deventer. Javaanse Jongens had released a dope EP on Nod Navigators and Wan was known as Wan Kei-You at that time.

Fast forward to 2015, we invited Wan aka Wantigga to joint us at the Red Bull Studios Amsterdam. For Werk Space episode five Wantigga asked Amsterdam-based producer Jarreau Vandal to work together on a collaboration track. They took ‘So Flute’ as a starting point and took it from there. As Wantigga puts it, they were just cooking up some music and the ingredients are nomnomnom.